What Parents Need to Know About Yubo

I just wanted to raise your awareness regarding a problematic app that has recently had some media attention. The app “YUBO” formally known as “Yellow” is being marketed as a dating app for under 18s referred to as “Tinder for Teens”. The name alone raises many alarm bells and some of the most worrying features of the app are that it heavily promotes live streaming as the primary chat method. This means they allow live chat groups to be set up with no filter on content or topics along with features very akin to apps like “Tinder” such as swiping left/right on profiles for people in your area.

There have been reports of sexual offences occuring after meetings were arranged through this app and The Times did an article about the appalling content young people can be exposed to using it, along with other media outlets such as The Sun and New York Post.

We are advising parents to closely monitor their child's social media use and we strongly encourage that this app is not used by any young people. 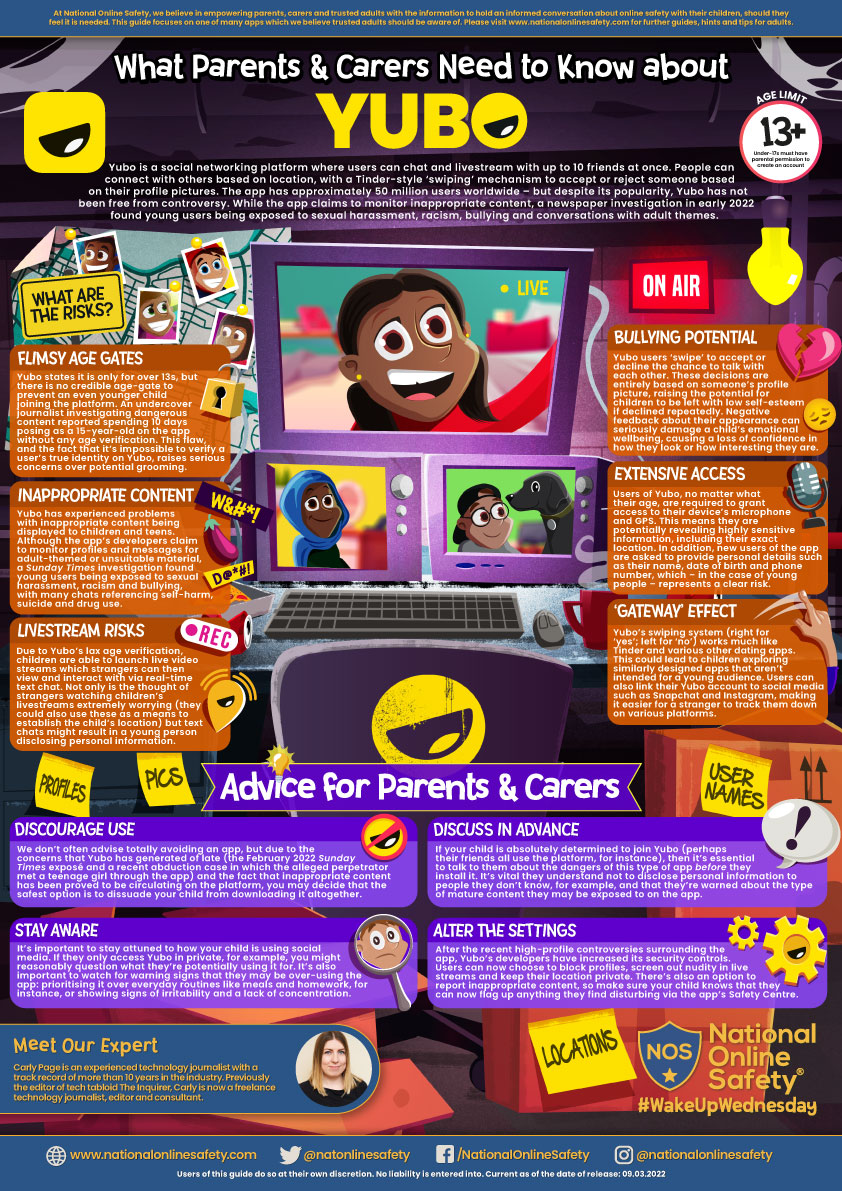